People are creative beings who hate to stay in a routine. We have the tendency to get bored, and sometimes we want to escape the humdrum of everyday life by going to rock concerts, music festivals, and local town fairs. We join fundraisers, talk shows, comedy shows, comic cons and even political campaigns just for the fun of it. But have you often wondered how these events were successfully pulled off by their organizers? And who’s looking out for our safety while we are having the time of our lives?

Organizing an event is never an easy task. The people behind it had countless hours of training and experience. And through the years, organizers have succeeded because of one main attribute—special event security planning.

According to an article by Business Insider, in 2018 there were  a total of 307 mass shooting incidents in the USA alone, most of them occurred during big events. One of the most famous incidents was the 2017 Las Vegas shooting when Stephen Paddock fired a total of 1,100 rounds from the 32nd floor of the Mandalay Bay Hotel towards the ongoing Route 91 Harvest music festival on the Las Vegas Strip in Nevada, killing 58 and impairing 851 people.

Music festivals and rock shows are very prone to risks like theft, robbery, assault, and terrorism. And with the continuous rise in random acts of violence all over the world, your event can be a target. Here are the advantages of hiring event security guards and why they are crucial in all types of events:

In 1979, British band The Who’s concert at the Riverfront Coliseum (now known as U.S. Bank Arena) in Cincinnati, Ohio had some delays causing the band to have a late soundcheck. This confused the audience, thinking that the band was already starting their set which caused a stampede of over excited fans that resulted in the deaths of 11 people.

One of the main keys to an event’s success is a thorough crowd assessment, control, and management. Adept security personnel should be assigned by the entrance and exit areas and proper communication towards the crowd should be emphasized to avoid confusion.

Event security companies specialize in crowd management to enable a smooth flow of human traffic from the time people arrive up to their dispersal. Should the crowd get unruly and disorganized, they are ready to remedy the situation, especially when a crisis like arguments, fights and other aggressive behavior occurs.

In June 2012, a total of nine people were stabbed during a Swedish House Mafia concert in Phoenix Park, Dublin. One guy was stabbed five times while his girlfriend was shocked in horror.

Incidents like that could have been prevented if a diligent security inspection was made. Event guards should be very meticulous in performing bag and body checks. Scanning for sharp and pointed objects, guns, explosives, and other prohibited items is a must. Also, having event security is more than just placing your security officers in specific spots, they should be proficient in controlling the pass and access points to sensitive areas where only limited amounts of people are allowed.

Sports events like the Olympics, the Ironman, and other marathons will cause terrible traffic and roadblocks. It is imperative that there are experienced officers who are able to manage this to ensure a smooth flow of vehicles in the vicinity of the event.

Event security guards control the entry and exit points of the venue, allowing the crowd to enter and leave the venue smoothly. They should know where the car parks are, understand where people are mostly heading to or are coming from and they should know where the restrooms, smoking areas, food stalls, and information booths are located. Event guards look after the safety of pedestrians and drivers, and are able to analyze vehicle movements to control traffic.

Security officers do not only look after the start of the event, they should also be able to carry out an effective emergency response all throughout the show. They should be able to contact law enforcement in case something needs to be escalated.

Event security staff are able to assist VIPs like high-ranking public officials and celebrities. They can protect them from dangers like theft, assault, kidnapping, assassination, harassment, threats and accidents and should be able to immediately respond to any life-threatening circumstances.

Some celebrities prefer to be in the venue in a discreet fashion. This is to hide from pushy fans and paparazzi. VIP security escorts are well trained in all levels of discretion, as well as strict crowd control to prevent unauthorized people from gaining access to important areas of the venue.

There might be times when an event head organizer or finance officer may need a cash collection or cash delivery service for the show. And since concerts or charity events invite a large crowd, this can cause confusion and traffic during financial transactions. VIP security will be able to protect you from any threats while dealing with the finances. Having VIP security professionals is the best way to keep you and your money safe.

Hiring the best security company is a very essential part in any type of event. Inadequate event security planning will cause a domino effect of problems: Security threats, injuries, possible damage to property, loss of profit and revenue—overall dissatisfaction from sponsors, performers, and audiences—leaving them uninterested in your future events.

Always hire a professional event security service who is willing to thoroughly assess the venue’s architectural design and its perimeters, who can anticipate hazards, crowd dynamics, and find an immediate solution to problems. Lastly, choose an events security company who is willing to communicate, understand, and work in close liaison with event organizers to provide an enjoyable event that people will never forget. 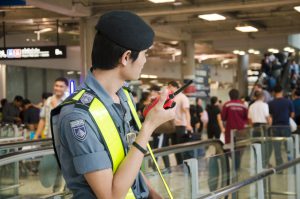 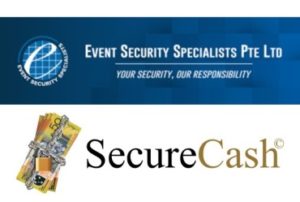 Events Security: Why It’s Crucial For All Events